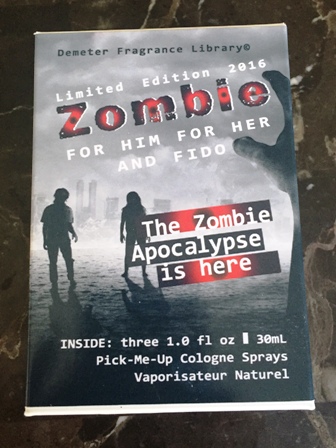 When we received an email from Demeter on April 1st about a new scent with the secret ingredient, bacon; I really wasn’t sure if it was an April Fool’s joke. Even if the email started with, this is not a joke!

Bacon as a secret ingredient isn’t so unusual in the grand scheme of things but when it’s the secret ingredient in a fragrance called Zombie Dog? To say I was hesitant is an understatement. One of the things Demeter is known for, is how true their scents are. And while I don’t know anyone that can actually tell me what a zombie dog smells like, I can imagine it’s not pleasant. 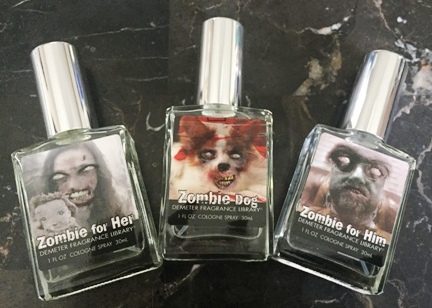 Zombie Dog on the other hand I literally couldn’t smell for more than a second and I refused to sniff it a second time. It was that disgusting. I honestly couldn’t tell you if there was a bacon note in there.

These are limited edition and are leaving pretty soon, so if you want to get something for Halloween or a Walking Dead party, you’re going to need to jump on these. In the meantime, I’ll be off with my other pretty smelling (way less gross) Demeter fragrances whose posts are coming soon.