We get a ton of packages, but usually we know what to expect. So when we received a hair care line with zero information last month, we didn’t know what we were dealing with. The package contained travel size bottles of shampoo, conditioner and a leave in treatment with instructions and mentioned that they were for frizzy and dry hair. 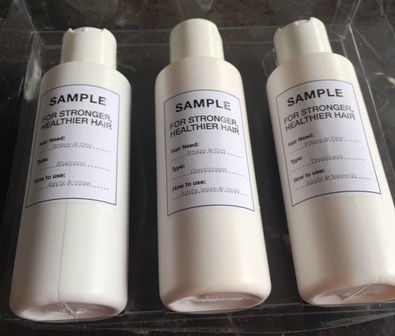 At first sniff, I was convinced this line was Garnier Fructis and mentioned to a few people that I would put money on it. Add in the fact that the colouring of the info card was white and green and that even furthered my suspicions. I used the products off and on for a few weeks and was pretty happy with the results. The shampoo was great and I really liked the leave-in treatment but there were days when I wished the conditioner was a little thicker. 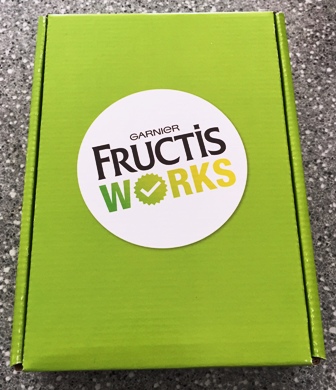 And then this box arrived. Suspicions confirmed. By the time we got this box, I almost stopped caring what the brand was and just kept using them. But it was going to be nice to know what they were if I wanted to replace the empty bottles. 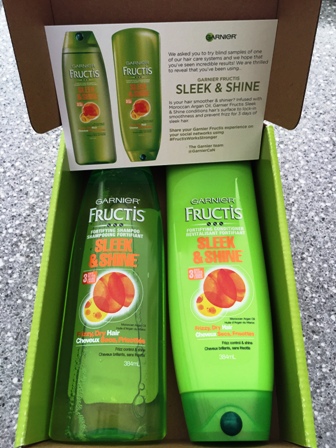 Inside the new box were full size versions of the Garnier Fructis Sleek & Shine Shampoo and Conditioner. I wish we had received the leave-in treatment as well or at least have mention of it so I knew exactly what it was, but I’m sure I can figure it out. Of all the Garnier lines, I haven’t tried this one but I’ve been a fan of the brand for years and I’ll definitely make use of these.

Even though this was supposed to be a mystery brand, it was almost comforting to be able to guess what it was almost immediately. I know Garnier has a whole new line of hair products out now but it’s nice to know what Garnier Fructis isn’t going anywhere and that they’ll always have something for my dry, frizzy hair.