OPI has been around for so long that I can’t remember when I started using their polishes. Some of their iconic shades are also some of my favourite polishes. Last month OPI released the first batch of their new Infinite Shine Iconic Shades which are basically the most popular OPI polishes but in an Infinite Shine formula. I don’t love the IS line (mainly the base and top coat) but I was very curious to see if these shades would hold up in this new formula. To be honest, I don’t really understand why they’re releasing older shades that are still available in the regular formula but I do know there are a lot of people who love the long-wear, gel-like Infinite Shade line. I tried ten of the thirty shades available and since these are all established shades, I’m not going to do a ton of descriptions on colour. All the photos are no base or top coat.
Funny Bunny 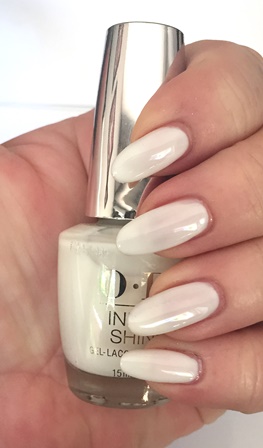 This cloudy white was really not a great way to start. It was extremely sheer and patchy and three coats still didn’t even it out. Luckily, most of the other shades held up much better.
Bubble Bath 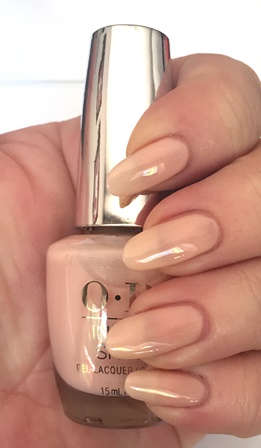 I did 2 coats of this really pretty pink nude. I could’ve gone for more opacity but I actually like this type of shade a little sheer. I had a couple little formula issues but nothing that I wasn’t expecting from a shade like this.
Dulce De Leche 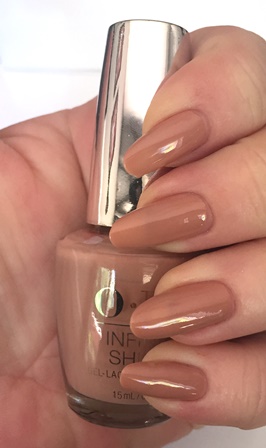 Somehow I’ve never used this shade before and I have no idea why. This formula was pretty great, it was the first of the one-coaters (yes there are several). I really loved this nude shade.
You Don’t Know Jacques 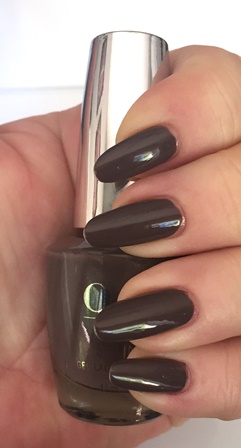 This taupe-brown went on perfectly in two coats and there’s a reason this shade is so popular. But it looks pretty much the same as my regular formula.
Strawberry Margarita 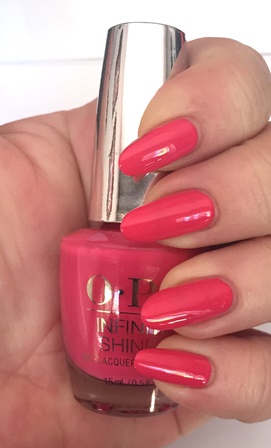 This is one of my favourite summer pinks and I have to say the shine on this one is really great. I could’ve gotten away with one coat but two just looked better.
Cajun Shrimp 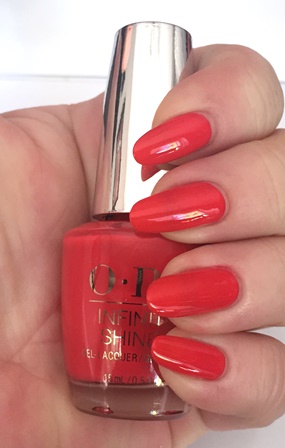 I didn’t expect to like this orange red but I really did. Two coats were great but for some reason I found this one stained quite a bit.
Big Apple Red 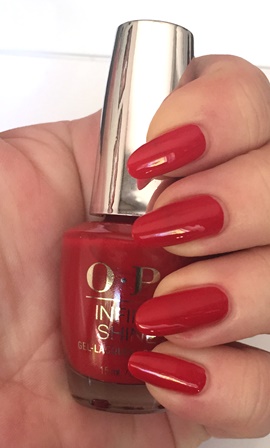 One coat of this classic red was absolutely perfect. I didn’t have any staining issues and if I wore red polish on a regular basis, I’d reach for this one for sure.
Malaga Wine 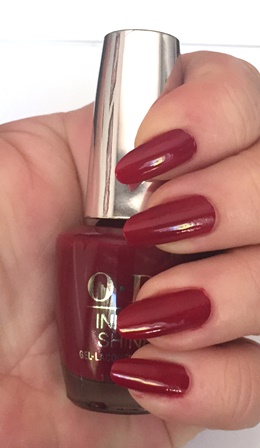 This deep wine shade is so perfect for fall and again, one coat was perfect. This one stained really badly though.
I’m Not Really A Waitress 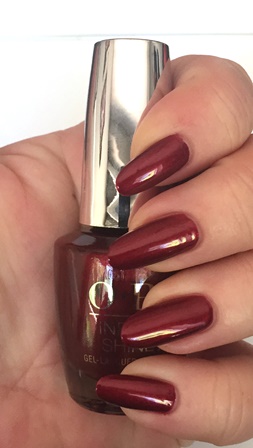 I’m Not Really A Waitress is one of the few OPI shades that I’ve replaced more than once. I’m in love with this shade. I could’ve gotten away with one coat but two was so much better. I actually think I like the Infinite Shine version better than the original. The photo is without topcoat and it’s even better if you add some.
Lincoln Park After Dark 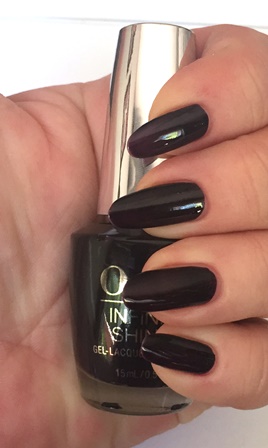 This is the other shade that I use all the time. The photo is one coat but two would definitely make this dark purple more black. It all depends on the look you’re going for.

Considering how much I previously didn’t like the Infinite Shine collections, I’m so impressed by these shades. Maybe the base and top coats just don’t get along with me, but considering the shine on all of these without a topcoat, maybe I can get away without using one. I can’t wait to try some of the other shades they’ll be releasing but if you don’t want to spend the extra couple bucks for the IS versions, you can always buy the originals.