I can’t believe it’s already the end of November; it feels like it was just summer and now we’re working on holiday posts. These are my favourite things from the past few months. 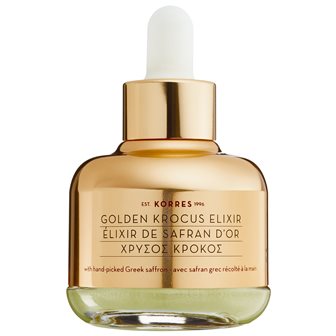 Right now my anti-aging needs are mostly preventative but considering I’m a skin care junkie, I love to try new products. Boosters seem to be the new serums lately and I’m seeing them everywhere so I’ve tried a couple. Korres has my favourite of them so far. The Golden Krocus Elixir is pretty delightful. I love everything from the packaging, to the texture, to the slightly spicy scent. Made with Greek Saffron, you really only need a drop or two of this booster to get results. Now obviously I’m not looking for major results in wrinkles in my skin because I don’t have any; but my skin looks brighter, feels smoother and really just glows. It’s so light that it absorbs within seconds and you follow it up with whatever serums and moisturizers you’d normally use. It really feels amazing. I love the scent so much, I’ve been reaching for my unscented options. 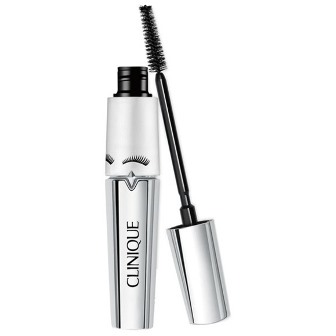 I have so much mascara that I actually have trouble on a regular basis deciding which one to use but I’ve been using this one for months and absolutely love it. I generally like Clinique’s mascaras but they all seem to serve only one purpose. I have one for volume and one for length but Flutter-To-Full is kind of a three-in-one. There’s a dial with three options that let’s you control how much intensity you get. The lowest form gives you a barely there, natural look. The next one amps it up a bit but still stays fairly natural and the third gives you major night look drama. I tend to always use the third option because I love big lashes but I appreciate the options. It also stays on forever without smudging or flaking. Clinique says 24 hours and I totally agree with that. They also say it comes off with warm water and I would like to disagree, I have the hardest time getting this one off but that also means I can trust it not to disappear on me. 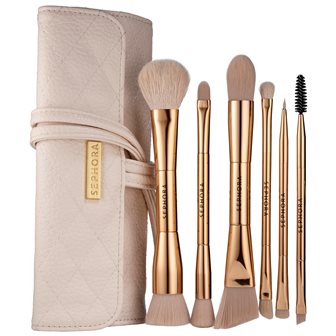 I think one of the most underrated things about Sephora is their variety of Sephora brand brush sets. There’s something for every need and every budget and while they’re not always the highest quality, they usually do a decent job. I really love this Double Time set because each brush is double ended, so you get twelve travel brushes that look like six full size ones and handle like full size. This is a great set for travel because you have every brush you could need in one place and the faux leather is super soft and durable; just like the brushes themselves. 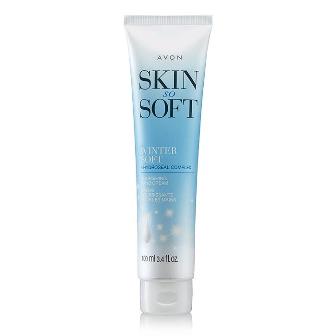 I think one of the first hand creams I ever used was from Avon (my mom sold it when I was in high school) and it’s really nice to know that it still works as well as I remember. I’m so picky about hand cream and this one works quite nicely. It goes on smoothly, absorbs quickly and doesn’t leave my hands feeling greasy. It has Shea Butter, Babassu Oil and Vitamin E to soften and hydrate your hands. While it doesn’t last 24 hours for me like it claims, I only have to use it a couple times a day and my hands don’t feel dried out. 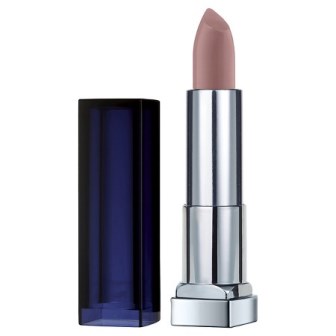 As much as I love a matte liquid lipstick, the winter dryness isn’t really letting me use them as much as I did in the summer, so I’m back to a creamier, more traditional lipstick. Maybelline’s The Loaded Bolds aren’t really a typical lipstick. They’re matte but they’re also extremely hydrating and comfortable. I keep forgetting that I’m wearing them because they feel like lip balm. The shades are also incredibly pigmented. One swipe and I have full coverage and zero patchiness. But it’s my favourite shade that surprises me the most. Greige anything doesn’t look good on me, it really washes me out and makes my skin, well, grey. I tried Gone Greige because I really wanted to love it. It’s such a 90’s inspired shade and I am a 90’s kid. So I was completely shocked when the grey-ish brown actually looked good on me. I hope they end up releasing more shades, because ten just doesn’t seem enough. At least I have a winter lipstick that I’ll be using a lot. And it’s not red.